Do What You Can 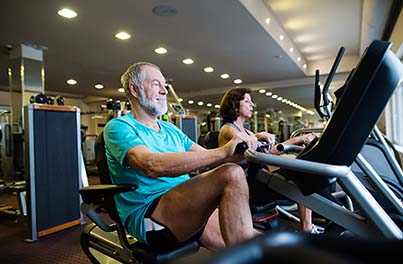 “Do what you can, with what you have, where you are”. Wise words from one of our greatest presidents, Theodore Roosevelt. I try to remind myself of this when I find I’m in a particularly challenging situation. As we all learn, such situations can pop up unexpectedly anywhere in our lives. For many if not most of us, middle age has its health challenges. Past indiscretions, injuries, inherited illnesses and syndromes, and unhealthy habits take their toll. While none of us can undo our pasts, and no one knows the future, the present is another story. I look at it this way: if we have the blessing of living in the United States at this time in history, where our right to the pursuit of our happiness is still enshrined, we can recognize our good fortune by taking good care of our health. I’m sorry to say that as a country, we’ve not done a good job here. But by taking President Teddy’s wisdom to heart, we can change this.

For most of us, our access to healthy food, clean water, top quality medical care, and recreation is almost unprecedented (and here, we owe another thanks to President Teddy, as he founded the National Parks system). Yet so many of us don’t take advantage of these gifts. How is it that the average American watches over 4 hours of television per day, and yet is overweight and deconditioned? As I look at the statistics, I’m a bit embarrassed. It is time to do something. To do what we can with what we have where we are now. Let’s start.

Those of you who’ve read my previous blogs know that I really like James Clear’s book Atomic Habits. In it, he goes through the science of both good and bad habit formation. Our goal here is to establish a fitness habit that, over time, will pay off in spades. However, before we dive in, we need to take Clear’s lesson to heart. We need to build a fitness PROCESS before we build fitness. Let me share a personal experience with you.

I’ve always enjoyed strength training, but I fell WAY behind in aerobic conditioning after I left college and college athletics. Still, for twenty years, I could count on my body to perform aerobically, albeit with pain and suffering, when aerobic challenges presented. I enjoy high adventure archery hunts, often times in mountain wildernesses, and this can be a challenge for someone living in Michigan where we are essentially at sea level, with sea level oxygen numbers in our air. Go to ten thousand feet, and the situation changes. Air is much “thinner”, meaning it contains relatively less oxygen. Now, given a month or two, the body can adapt by “thickening” the blood to increase oxygen carrying capacity. But until then, high altitude means less oxygen in the blood stream, and hence less oxygen to the muscles/organs/brain. Meaning you will be huffing and puffing, or “sucking wind”, whenever you exert yourself, which sort of takes the fun out of things, which is exactly what happened to me two years ago on an elk hunt in Colorado. I survived, obviously, but the experience led me to conclude that I could no longer count upon “youthful vigor” to get me through these activities.

I returned from that hunt with a laundry list of what I planned to change in my life, and where I wanted to be in terms of my conditioning twelve months later. How much weight I’d lose, how many miles I’d run, how many hours I’d walk, what foods I’d eliminate from my diet, etc.

It was a beautiful list, but it didn’t work. Six months after I wrote it, I’d accomplished none of my goals. As frustrated as I was, I used what knowledge I had in the realm of lifestyle change, and realized that I was coming at this the wrong way. My goals were ambitious, but reasonable nonetheless. They weren’t the problem. The problem lay elsewhere. I went to the internet to do some research, and fortunately, I came across James Clear and his book Atomic Habits. I had the book in hand a few days later, and read it in one sitting. I had my answer. What I lacked was PROCESS. I had my fitness GOALS, but not the required PROCESSES to get me to them.

So long story short, I redrew my plans. I did not completely toss out my goals, as they were and still are good mile markers, but I set them aside and instead worked on building the processes I planned to utilize, day in and day out, to reach them. On any given day, I turned all of my energy towards engaging in and then completing the PROCESS for which I’d set aside time. And now, twelve months later, I can say that this approach has definitely worked for me, and hence, I am sold on PROCESS design and execution.

Here’s an example. That last hunting trip had shown me that I needed to up my aerobic conditioning. Some quick research and a call to my doctor to confirm my findings revealed that four days each week, I needed to engage in 50-60 minutes of aerobic activity, the intensity level ranging from moderately vigorous to very vigorous. Now, I had a few strikes against me. One, I don’t enjoy aerobic fitness nearly as much as I do strength building. Two, jogging and running (the things requiring the least equipment) irritate my knees and feet long before I’ve taxed my heart and lungs. Three, I know myself and I am not very likely to go to the gym to ride a Peloton after work. Putting all of this together, and after trying out some equipment at friends’ homes, I purchased a used stationary recumbent exercise bike for around 200 dollars. It had a basic computer monitor, some simple programs to follow, etc. I told myself I’d get something fancier once I rated something fancier.

My first ride could have been a source of private shame if I had allowed it to be such. With resistance set at 50%, I made it six minutes before I started to suck wind. But because I was process driven and not goal/outcome driven, I still saw that first session as a success. I had successfully engaged in and completed the conditioning PROCESS for that day. I recorded the resistance, my exercise time, and my mileage in a notebook. I planned to add another 30 to 60 seconds of exercise time at the next session. I found that this small increment of increase worked well within the process I’d set up. It didn’t kill me, but it did make me dig just a bit deeper to get it done. I recorded that increase in the notebook, and so on, for 3 to 4 days each week. I still enjoyed my weight lifting 2 to 3 times per week, but I found that not only could I tolerate the exercise bike, I started to ENJOY it. Well, maybe not the exercise itself, but recording my little gain each and every time I engaged in the process became sort of habit forming. It felt good to watch the numbers grow, however slowly.

It is now a good 8 months later, and I find myself still very much engaged in the aerobic conditioning PROCESS. That’s still job number one. Staying engaged in the process. I’m proud of that little notebook. As of today, when I ride the exercise bike I’m at 100% resistance for 60 minutes. From six minutes at 50% resistance to 60 minutes at 100% resistance. Not bad. I’m also thirty pounds lighter, but that’s as much from another process in which I’m engaged as from this exercise. I’ll get to that later.

So, if you have a frustrating health issue that you just can’t seem to improve, look first at the PROCESS you’ve been using to attack it. Instead of committing to an endpoint (another word for “goal”), commit to the process of improvement and engage in that process every day. Even when you don’t feel like it. Even when your effort is half-hearted. Stay the course. It’ll pay off.
Thomas M Basch, MD